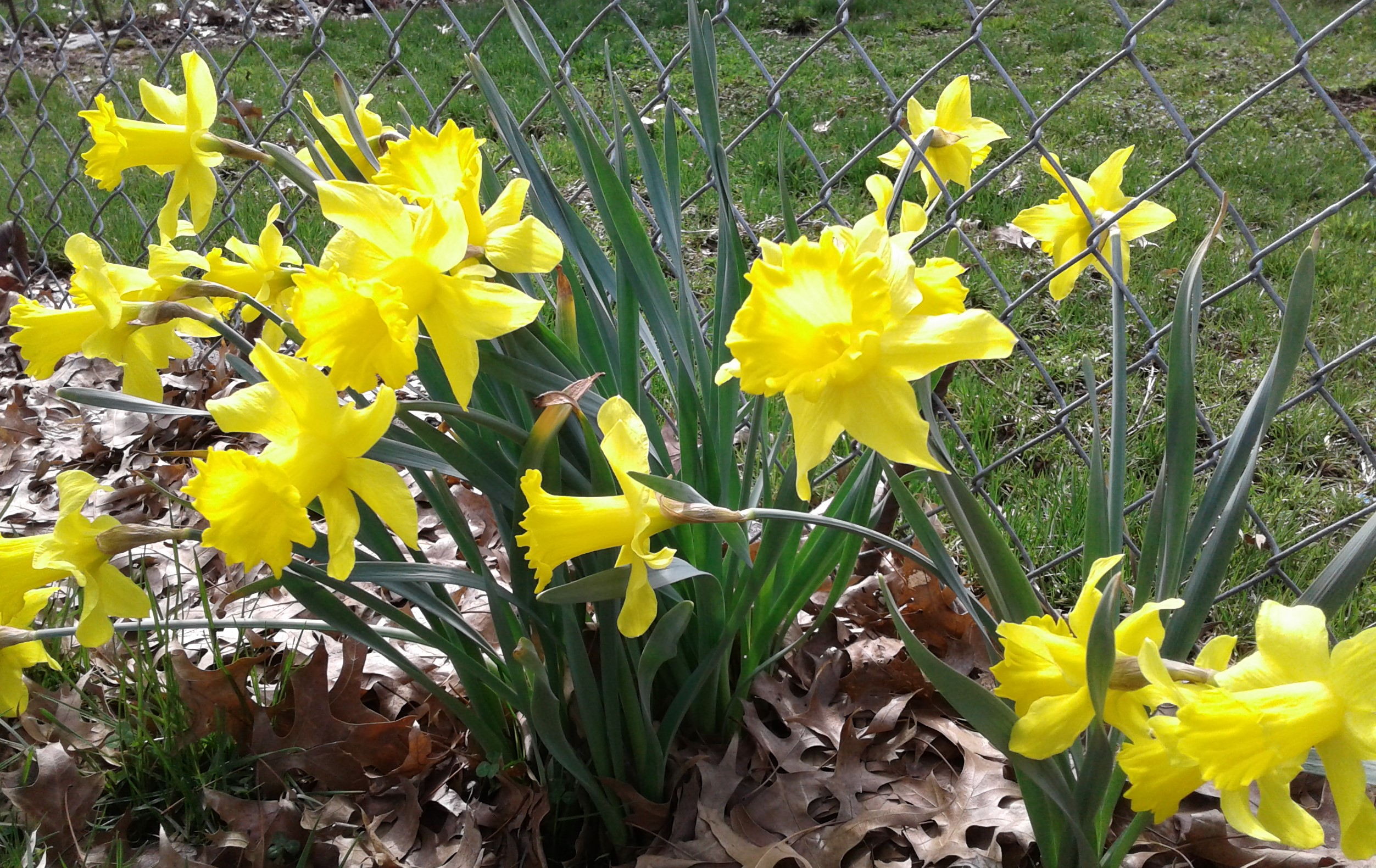 Last week, the daffodils burst into full bloom around the edges of our backyard.  Right on cue, these bright yellow flowers announced that spring had arrived.  It was such a curious contradiction to the “shutting down” of our society and lives due to Coronavirus, I just had to stop and take a picture. What a gorgeous and compelling reminder of the power of creation’s renewal…  And of God’s power to make things new!

From beginning to end, the Scriptures proclaim God’s power to make things new!

“Then I saw a new heaven and new earth… ‘Look! God’s dwelling is here with humankind… God himself will be with them as their God.’” (Revelation 21:1-3)

Steven Curtis Chapman says it this way in his song “All Things New.” (Listen at https://www.youtube.com/watch?v=FhpQN9JXNXA )
You (God) make all things new…
You redeem and You transform.
You renew and You restore.
You make all things new…
And forever we will watch and worship You.

No matter how much things seem to be shutting down, turning off, getting dark, or losing life around you… remember God has, God is, and God will make all things new.  Just watch!

Praying In The Storm

One day Jesus and his disciples boarded a boat.  He said to them, “Let’s cross over to the other side of the lake.”  So, they set sail.  While they were sailing, he fell asleep.  Gale-force winds swept down on the lake.  The boat was filling up with water and they were in danger.  So, they went and woke Jesus, shouting, “Master, Master, we’re going to drown!”  But he got up and gave orders to the wind and the violent waves.  The storm died down and it was calm.  He said to his disciples, “Where is your faith?”  Filled with awe and wonder, they said to each other, “Who is this?  He commands even the winds and the water, and they obey him!”  (Luke 8:22-25, CEB)

This has always been one of my favorite Jesus stories.  As a child, I remember hearing this story in Sunday School or sermon and letting my imagination run wild.  By the time it was all over the winds were a tornado, the waves were as big as a barn, and the disciples were in hip waders.  Then there was Jesus… sound asleep.  Never could figure that one out.

While reading this favorite story again earlier this week, something occurred to me that I’d never thought of before.  The Bible says that the boat Jesus and the disciples were in encountered gale-force winds, was taking on water, and it was a dangerous situation.  However, when the disciples woke Jesus up, they shouted “We’re going to drown!”

They didn’t describe their situation to Jesus. Instead, they shared their biggest fear of what might happen because of their situation.  They jumped straight to the worst possible scenario.

My mind often jumps straight to the worst possible scenario.  How about you?

In the midst of this Coronavirus storm you should definitely pray.  What I humbly suggest is that when you pray, is that you don’t frantically ask God to do something about the worst possible scenario.  Rather in faith, simply share your situation with God and remember who is in your boat!